Penny and Red: the Life of Secretariat’s Owner 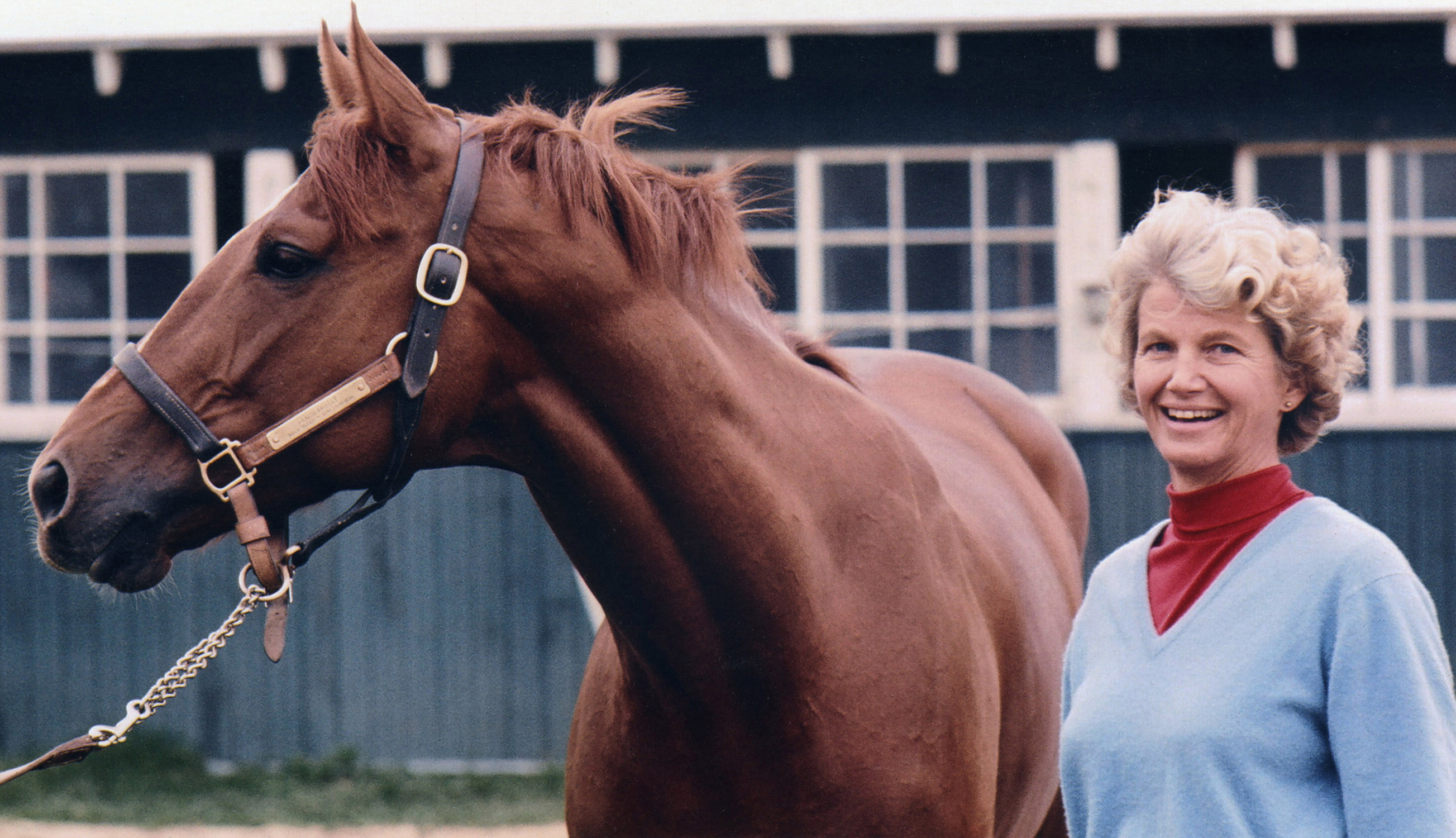 From her parents’ climb out of poverty to her emergence as the ‘First Lady of Racing,’ Penny Chenery’s life has been fueled by the love of horses. Forever paired with the great racehorse Secretariat, Penny’s story also exemplifies the rise and sacrifices of women of her generation. The woman who emerges from this surprisingly candid documentary is no Disney princess. Yet Penny’s unstinting reflection on her life of caged ambition, suddenly liberated by a horse of transcendent power, still gives off a shimmer of grace.

A newly re-edited version of Penny & Red is now airing on PBS stations nationwide and is available for download here, as well as for purchase on Blu-Ray disks.  The blu-rays include as special features digitally-remastered full-length versions of Secretariat’s Triple Crown races, a rare interview of the Chenery family at the Meadow farm in 1973, and an even rarer broadcast of the 1973 Marlboro Cup duel between Secretariat and Riva Ridge.