Reviews and Awards for “Streams of Gold” 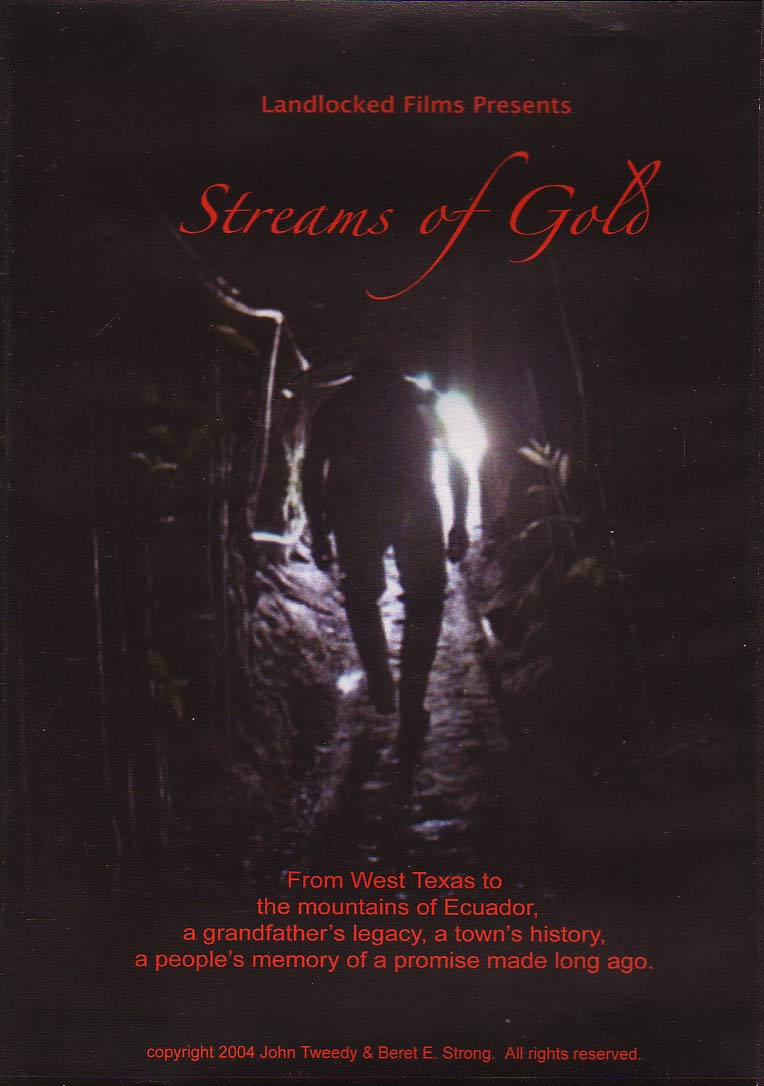 Praise for “Streams of Gold”:
“This is a very moving portrayal that spirals into the awful realities of global extraction of local resources, and touches meaningfully on the human faces therein.”  —Norman E. Whitten, Jr., Journal of Latin American Anthropology  (click here for full review)

“Tracing one’s roots is an enduring, universal yearning, and filmmaker Tweedy weaves his uneasy genealogical journey, which is inextricably intertwined with Ecuador’s early attraction to capitalism.  Streams of Gold would be a unique addition to large public libraries.”  Nancy Spillman, Library Journal

“A beautiful documentary.  It made me want to weep for all that it makes us remember.”  — Narcisa Munoz, Portovelo, Ecuador

“Streams of Gold is a beautifully shot documentary dissecting the effects of dependent economic development on a small, isolated mining community.   It is a vivid portrayal of the complicated relationship between global capital and  local communities.” — Marc Becker, Truman State University

“This wonderfully evocative film spans the twentieth-century history of economic globalization and U.S.-Latin American relations.   It is accessible and personal, but at the same time provides a nuanced view of the contradictions involved in extractive economies in the Third World. ” — Kim Clark, University of Western Ontario.