Awards and Praise for “Iwo Jima: Memories in Sand” 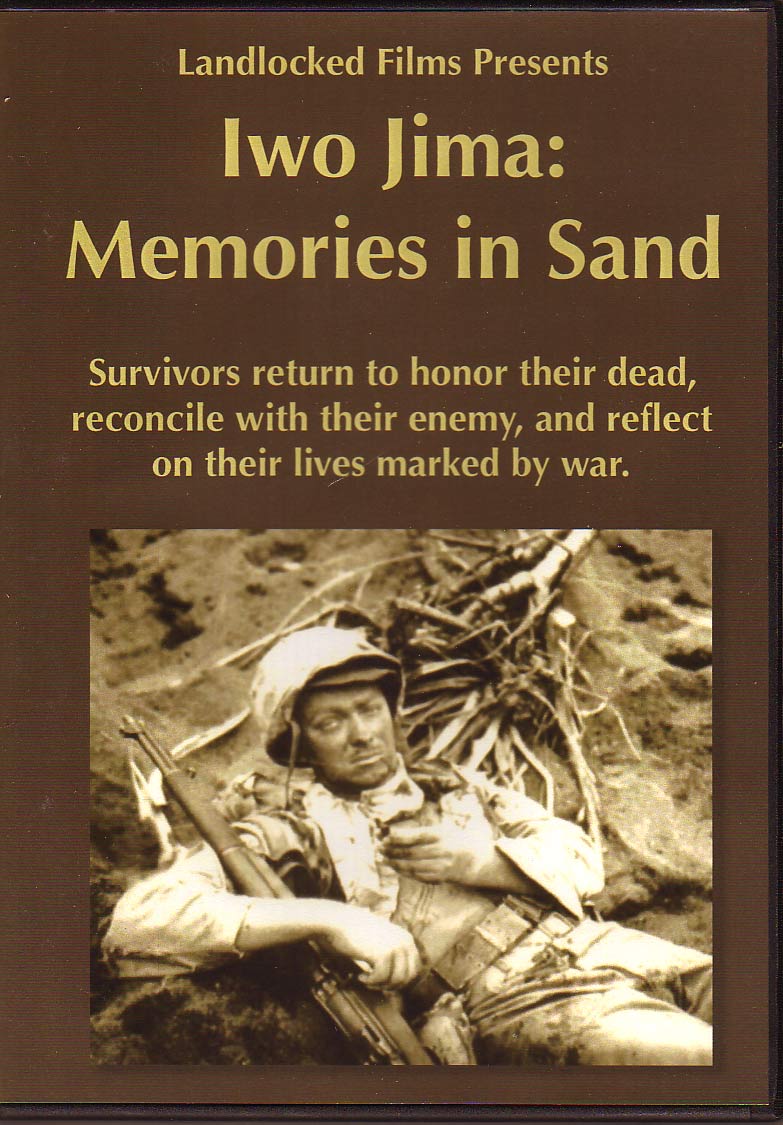 “Beret E. Strong and John Tweedy direct Iwo Jima: Memories in Sand (27m:33s), a look back at one of the last and bloodiest battles of the Second World War with the men who fought it. The film intercuts combat footage with recollections from the veterans returning to the Japanese island on the fiftieth anniversary of its invasion; also included are reflections from their families and foes. It’s very Stephen Ambrose in all the best ways, a respectful and touching portrait of these man who fought so valiantly for their country, and their memories of those who didn’t return.”

“On the 50th anniversary of the battle for Iwo Jima, veterans from both sides of the conflict return to the tiny Japanese island to relive and remember that awful episode near the end of World War II. Utilizing archival footage, personal possessions, interview footage, and narrative recreations, the cruelty and carnage of this most bloody of battles is brought to life for future generations to witness firsthand. The personal stories are harrowing, the loss heartbreaking, and the military footage utilized expands our notion of this cruel combat beyond that classic Time-Life pose of the Marines raising the American flag.

Sure, the History Channel and Discovery do this kind of riveting recollection documentary in their sleep. Still, it’s an evocative viewing experience when it comes along. Iwo Jima: Memories in Sand does a remarkable job of capturing the individual terror experienced by the soldiers on both sides of the conflict. The reading of prepared letters (to be sent to loved ones in case of a soldier’s death) is just startling. Hearing the Japanese children’s letters to their own soldiers shows us a side of the war we usually don’t view. While it would have been nice to see more of the reunion (including some human interaction—most of the reminiscences seem to be man vs. island), at least we get to view battlefields and seashores riddled with the bodies of fallen heroes. There is high emotion here too. Many of the elderly veterans cry easily and often, recalling the horrible loss of life on these bloody fields of fire. While its history may be pedestrian and its presentation a tad too lecture-like, as long as we focus on the real people behind this piece of history, Iwo Jima is a remarkable, respectful testament to the bravery and boldness of the participants in World War II.

Visually, the mix of archival stock footage and newly shot imagery comes together perfectly to paint a very complete view of the Iwo Jima story. The 1.33:1 film transfer is clean, clear and very color-correct. The island is eerie in its black sand solemnity. And the interviews offer their confessional takes in complete aural authority. We never lose a single, important word of wisdom from these true survivors.